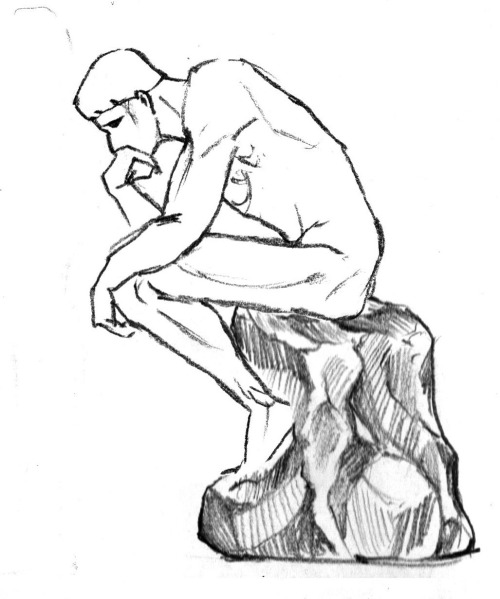 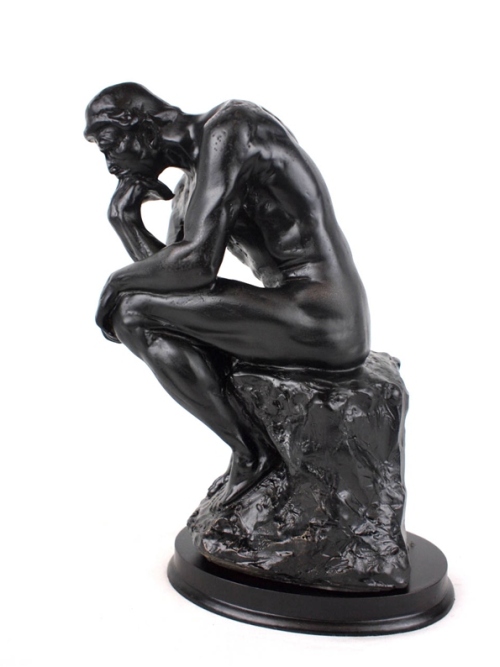 Although it was changed a plan from I mentioned last post, I satisfied to complete new one. This time, I tried to recored the sound by myself.
It isnt a Greek statue, but I realised a humore that using Auguste Rodin’s statue as a model. And I didn’t concerned to add secondary movement which we made in the lesson so far, so I drew the motion of metamorphosis.

As a story I made, the statue, he is always worrying about his future which was showed as a door in front of him, and he finally decide to make his way. However, the moment he go through the door, the door creates a new him (a statue of thinking).

According to feedback from tutors, I needed to add more staggered frames between he stand up from a rock.
And also I supposed maybe the perspective of a man was strange when he hide behind the door.

It was a my first try to animate an actual figure of person, and I couldnt imagine clearly finished animation because it took a long time even one frame. But I felt a kind of achievement as a result. I want to adopt as soon as possible to draw many complex things.